Honorary awards of the Council of Europe

Kharkiv is the first and the only city in Ukraine owning the full set of the awards of the Council of Europe:the Diploma, the Honorary Flag, the Table of Europe and the Prize of Europe.

The awarding system of the Council of Europe is an important instrument in improvement the relations between all the countries and people of Europe and spreading the united Europe idea. It was founded in 1955 by the Cabinet of Ministers of the Council of Europe. The Diploma of Europe is the first step to getting the Awards of Europe. The following three are: the Honorary Flag, the Honorary Table and the Prize of Europe. The municipalities and regions of Europe are honored with these awards for European activity, development of friendship and cooperation between European regions and intensification of relations between them.

Receiving the European awards not only raises considerably the city status, but also opens bigger opportunities in cooperation with the promising cities and regions, and also with the international organizations and funds. 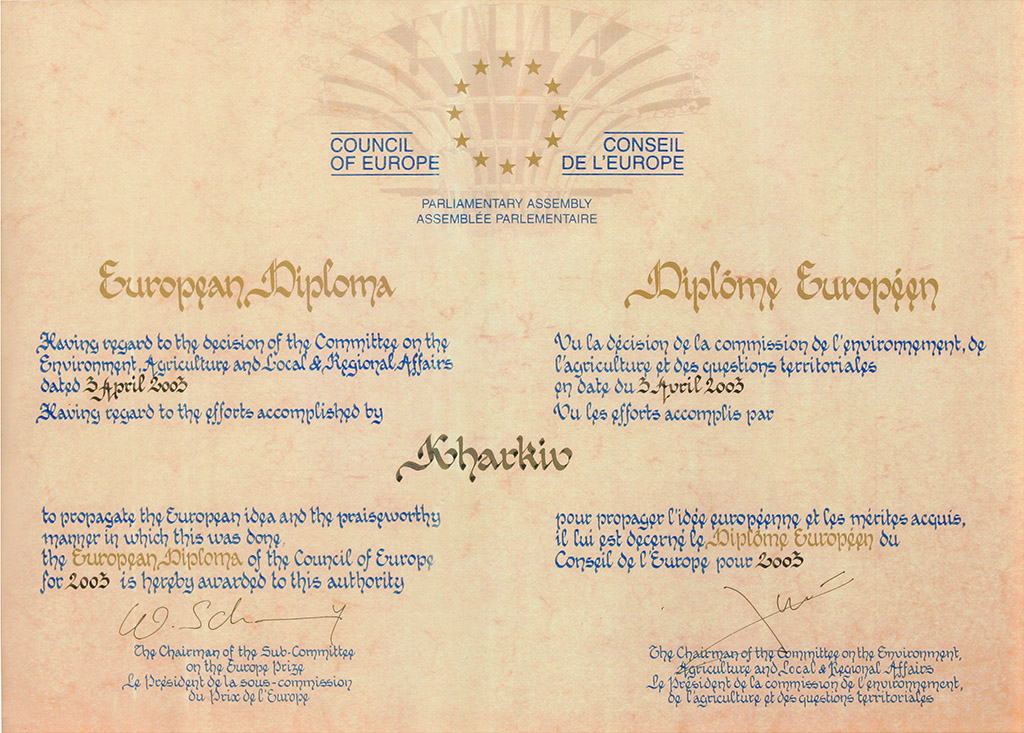 In April, 2003 on the meeting of the Council of Europe Committee on the matter of local and regional issues, Kharkiv was awarded the Diploma of Europe for outstanding contribution to the spreading of the idea of European unity and reorientation of the European society. The official awarding ceremony took place on the 26th of June, 2003 in Strasburg (France).

Nearly in one year, on the 30th of April, 2004, the President of the European Award Subcommittee of the Commission on environmental protection and agriculture of the Parliamentary Europe Council Assembly announced that “the Honorary Flag of the Council of Europe 2004 is awarded to Kharkiv city council”. 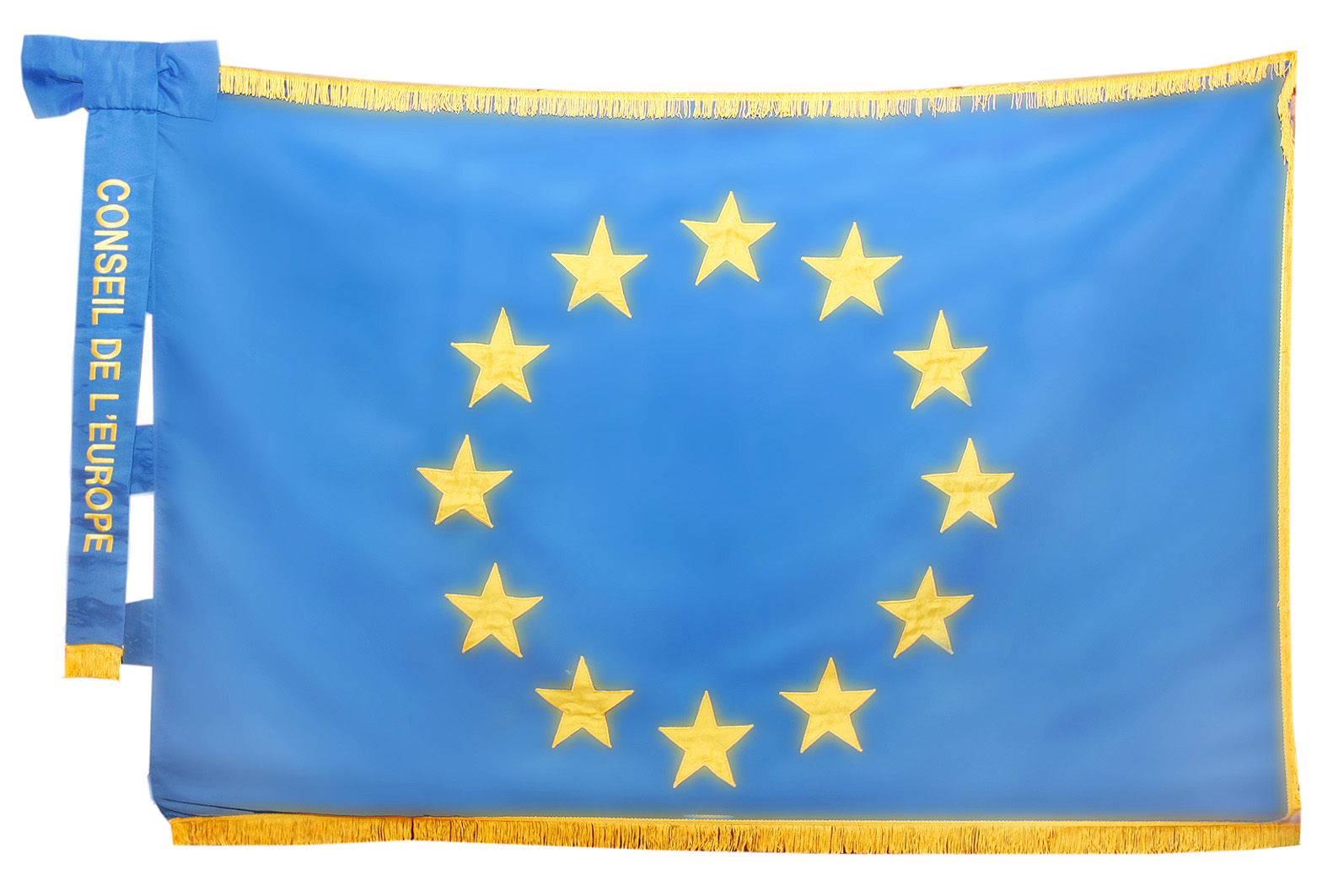 The flag of the Council of Europe symbolizes the blue sky of the Western world, where the 12 gold stars, situated in a circle, embody the Europeans’ union. The number of the stars is unchangeable, the number 12 means the symbol of perfection. The emblem was approved on the 8th of December, 1955 by the Committee of Ministers of the European Council upon the unanimous Parliamentary Assembly’s recommendation. It has also been the official emblem of the European Commonwealth since May 1986. 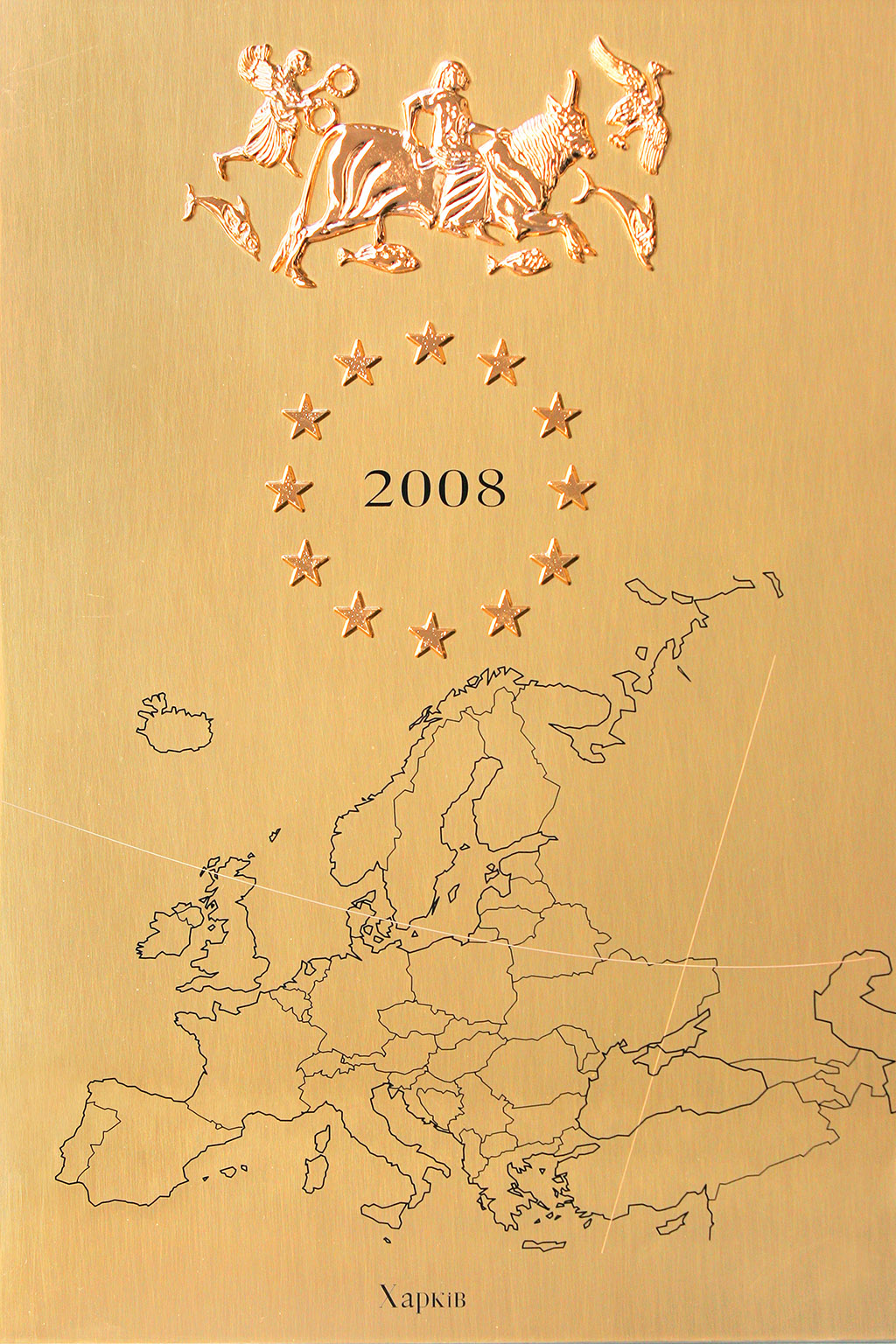 The Honorary Table takes the second place in its importance and foregoes the main award of the Council of Europe – The Prize of Europe. The solemn ceremony of awarding the Table of Europe took place on the 23rd of August, 2008 in Kharkiv on Constitution square. During the ceremony the Honorable member of Parliamentarian Assembly of the European Council Victor Rufi mentioned that it was a big honor for him to award the city with such a big prize for the second time and that “Kharkiv authorities and its citizens do a lot to popularize their culture in the world and in Europe”.

In April, 2010 at the meeting of the European Council Kharkiv was unanimously awarded the biggest European award – the Prize of Europe.

The Prize of Europe was founded by the Cabinet of Ministers of the European Council in 1955 as the highest award being given to the municipalities and regions of Europe. The prize consists of a memorable award, medal, diploma and a scholarship for youth from the winner-city, which will go studying to Europe. 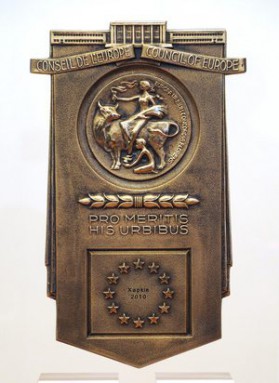 The solemn ceremony of the awarding took place on the 23rd of August, 2010 at the specially called extraordinary session of the fifth convocation of Kharkiv city council. For giving the award there came one of the most representative throughout the whole history of international organizations headed by the PACE President Mevlüt Cavuşoğlu. The PACE President outlined that the Prize of the Council of Europe comes to Ukraine for the first time and signed: “While taking the decision, all the members of the Council of Europe were nicely impressed by Kharkiv having managed to develop so many strong connections with sister cities and the partners. Lots of people took part in this wonderful event and it was a big acquisition for them. We want to thank the citizens for their participation in this work”.

Acting Kharkiv city mayor Gennady Kernes outlined the historical meaning of the event in his answer: “In 2010 all of us have solemnly celebrated the 65th anniversary of the Great Victory. That’s why it’s very important and pleasant for us that Kharkiv gets the Prize of Europe exactly today. Here we see a deep historical meaning because the point is not only about the recognition of the young citizens’ generations merits but also the gratitude to our veterans, who gave their lives for saving the world and who built Kharkiv from the beginning. Everything what our city is rich and famous for is the result of the creative work of all the generations of Kharkiv citizens”.

Melih Gökçek, the mayor of the Turkish capital city Ankara, the city-owner of the Prize of Europe in 2009, took part in the ceremony. By his words, it’s a great honor to get such an award (nearly 100 cities from 50 countries participated the contest), and it considerably raises the international authority of Kharkiv.

Kharkiv approved the high status of the European awards’ prize-winner having become one of the host cities for Euro-2012.

Note: The submission for awarding the city council and the municipality the Prize of Europe is made by the special Council of Europe Inquirer on the bases of which the Subcommittee of the Commission on environmental protection, agriculture and territory affairs of the Parliamentary Europe Council Assembly takes an appropriate decision.